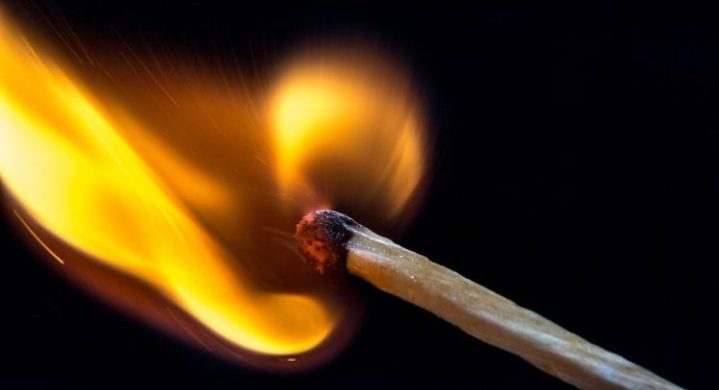 There are somethings I know about because I have lived them.  I know about being a child growing up in poverty in Appalachia. I know what it means to survive a family where a parent is an alcoholic. I know what it is like to live daily with the pain and life altering issues of chronic illness and cancer.  Then there are some things I think I know about because I have attended school, learned about history, read books and watched movies.  This week’s episode of Outlander “Do No Harm” was so well done, it actually caused me to take another look at what I really know and how we all surmise truth.  The real truth is that the only things I know about slavery in America is what I have learned through school, books, and homogenized Hollywood versions of history.

The show and this episode in particular are based on a fascinating concept.  How would we react if we suddenly found ourselves actually living in the past? How would we, with our modern sensibilities and knowledge, navigate a world where slavery was the norm and our ideas about the wrongness of owning people was seen as incomprehensible, if not criminal? It is sad and horrifying to think that some of us would not even have had a chance to navigate this world because the color of our skin would have determined our path.  Caitriona Balfe did an admirable job of portraying the time traveling Claire’s reactions, her incredulous-ness, confusion, and shock.  Slavery is no longer an abstract concept for her as she looks out her bedroom window and sees slaves working the fields.  She must feel like she is in a nightmare from which she can’t awaken.

The filming and editing choices were so vital to telling this particular part of the story.  As the riverboat approaches the dock we are treated to the beauty of Jocasta’s plantation home. I literally said “wow” along with Wee Ian. The riverboat in the forefront being manned and steered against the backdrop of River Run was a “Gone with the Wind” moment. I’m sure I’ve seen a wood block print of a similar scene. Many of America’s homes mimic the style and aesthetic of this prototypical mansion.  It has come to represent graciousness and as Jamie’s aunt offers them what we have come to call “southern hospitality” the camera pans out and above. We get a panoramic view and as a result, see an ironic peek at what literally lies behind the beauty of River Run,… slave quarters.

The new characters we were introduced to were a welcome addition to an already stellar casting track record  Aunt Jocasta was an interesting mix of beloved Aunt, MacKenzie machinations, steely southern belle, and white privilege. Ulysses’ cultured voice, respectful and serious manner, and his ubiquitous presence at Jocasta’s side were just as I imagined.  It was at times hard to remember he wasn’t a butler paid for his services and devotion, but a slave.  The sets and costumes were as opulent as any we saw in Paris and in sharp contrast to rags the field hands wore and the shacks serving as slave quarters.  Everything about this episode was unsettling.

Lighting the Fuse that Caused an Explosion 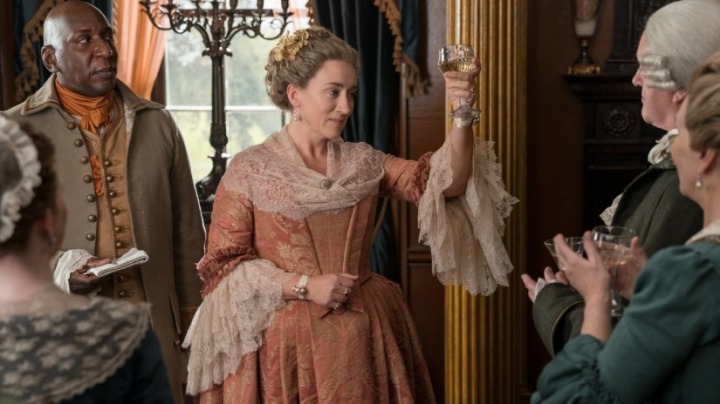 Jamie’s Aunt, in true Mackenzie fashion, attempts to manipulate Jamie into staying at River Run by publicly naming him heir without discussing the situation with him first.  He could not decline publicly without embarrassing his Aunt in front of her neighbors and friends, but make no mistake Jamie knows what she is about.  The scene that follows between Jamie and Claire contains the words that I’m still thinking about today.  While discussing staying at River Run and his running the plantation, Claire is quick to say she cannot own slaves and Jamie is quick to agree, but he lacks her understanding gained through the lens of future knowledge.  He asks if it would be of benefit to the slaves and perhaps the country if they were there to take care of the slaves and work to set them free.  I believe this proposal to Claire was made with his idea of making this land better  for Brianna in mind.  He talks about changing River Run and perhaps lighting a fuse of change. Claire is skeptical and warns that lit fuses can lead to an explosion. After watching this episode, I came to believe that nothing short of an explosion, a war, could have changed the situation. And, I wondered about the courage of those people who did light that fuse that resulted in change.  The devil Jamie and Claire were fighting was an insidious one, laws of the land designed to keep a culture and an economic system preserved by keeping everyone suppressed or oppressed both black and white.  Everyone was placed in a “no win” situation.  Jamie and Claire were forced to make a decision based on the perceived lesser of two evils. No matter where they turned or what decision they made someone was going to be hurt or killed. In Jamie’s defense, it was not a fear of consequences to himself that swayed him to ask Claire to do the unthinkable, he was unmoved by Mr. Campbell’s warning that others who thought like Jamie had disappeared or by the morally outraged Mr. Wolfe’s threats to have the Frasers arrested for their role in protecting the “criminal negro”.  I don”t even think it was the threat to River Run and his Aunt that finally moved him to ask Claire to “do no harm” to Rufus by giving him poison.  I think it was the idea that innocents, the slaves, would pay the ultimate price.

May I say thank you to the writers for Jamie’s beautiful prayer.  I have long-held the belief that Jamie’s relationship with his God was a close and sustaining one and that prayers were woven throughout the everyday of his life.  Jamie prays..a lot.  This moment, this terrible awful moment, was well served by Jamie reaching out to something bigger than himself, his God. I found myself asking for forgiveness  and patience right along side him for all we have done to others in the name of the law, or patriotism, or …religion.

I’m bending my knee in the eye of the Father who created me.

Pour down from heaven the rich blessing of thy forgiveness.

Be thou patient wi’ us.

Grant to us, thou savior of glory, the love of God…

And the will to do on earth, at all times, as angels and saints do in heaven.

Give us thy peace.

The Faces of Humanity

There is so much I could have written about this episode. I could have focused on the politics of colonialism discussed at Jocasta’s party or the delight that is young Ian and his run in with a striped badger that shot foul odors from its arse and his insight into the similarities between the natives and highlanders, my delight in meeting John Quincy Meyers and his overall hairiness.  I could have written about the testing of Jamie and Claire’s relationship and the commitment they have to caring about and for each other.  I was frightened by and yet moved by Claire’s dedication to heal all who hurt and her noble naivety that she could save Rufus and the empathy and courage it took to give him a gentler death than the one the mob had planned.  I could have written about  how it was difficult to watch our “history” and not fear that our country is once again at a similar crossroad caused by deep political, ethical and moral division and know that it may only be solved by that aforementioned metaphorical explosion. Or, how it is that you can still love people who are diametrically opposed to you politically or ethically. It was thought-provoking.  I know it is only a tv show,  I know that it is only someone’s interpretation of what it might have been like, I know that I will never truly know what it was like because I did not live it, but I cannot help but believe this was a good attempt to present the complicated nature of the issue of slavery and colonialism.

The final shot of the episode showed all of the faces on the porch as they watched a boy drug by the neck and hung from a tree in the name of justice. Each face represented a player in this hideous tableau, slave, slave owner, faces struggling with fear, anger, and dispair fueled by helplessness.  May we all do as the saints and angels do, may we all fight to change our corner of the world for the betterment of all, may we all find the courage to light the fuse of change.  Well done Outlander.

90 thoughts on “Lighting the Fuse… a reflection on Outlander 4.2 “Do No Harm””