I opened my Twitter feed the other day and saw someone had wished a fellow fan a happy birthday with one of those Outlander memes featuring Jamie.  I smiled because it was impossible not to!  The meme was of Jamie smiling shyly at Claire when she brought him lunch at the stable.  His megawatt boyish charm is blinding! I thought to myself, “well, there was a simpler time”.  Then I chuckled because I’m not sure Jamie has ever had a “simpler” time. He and Job seem to be brothers from another mother.  Yes, he was an outlaw and yes, he has had the skin flayed off his back, but he still seemed so young, fresh, unaltered by what had happened to him. 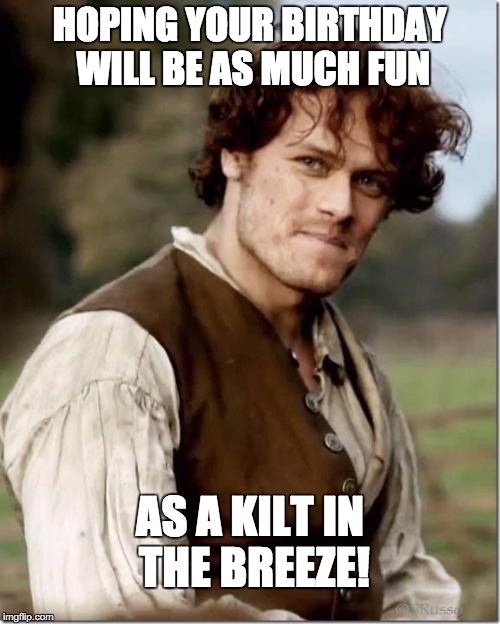 I found myself still thinking about that meme today.  I found myself thinking about the evolution of these characters and how necessary, however heartbreaking, it was for us to see the time between the stones and the reunion.  Once again, I find myself having my understanding of the story deepened by seeing it told on a screen.

They are not the same people who said goodbye at those stones. 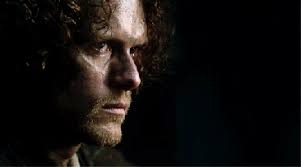 This scene in “All Debts Paid” was for me the culmination of all that has gone before. This is a man sick at heart.  Much of what was happening here was related to Black Jack’s abuse and I’m sure Jamie is deeply resentful that he has been made to feel those feelings, but there was more.

I read a comment by Sam Heughan that there was sadness there in that moment.  I definitely felt that.  We saw Jamie smiling over a remembered taste, playing chess by a warm fire, enjoying camaraderie with another man. Basically, we see him participating in something that smacks of normalcy, able if only a short while to be no one, but himself.  We see him trusting. When Lord John asked about his wife you can see Jamie struggle with the decision to talk about her and then he consciously lay aside his glass and spoke her name… 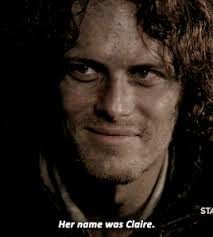 and then…it is all taken away with a touch.  He can have nothing.  Even this small moment is taken from him.

Despite all that happens to him, Jamie manages to survive and retain his core beliefs and values.  I know it is flippant and hurtful to suggest that what doesn’t kill you makes you stronger.  It is one of the ways we continue to re victimize the abused to suggest that suffering trauma is somehow character building.  But, Jamie does go on and overcomes and in some ways, becomes a better man because of his experiences.  Unfortunately, Jamie probably knows more about himself than most of us ever will.  On the other side of his life experiences, Jamie emerges a sadder, but wiser man.  He is different.  He doesn’t expect to find his life filled with happiness and is resigned to that reality.  But, he is also no longer afraid for himself and that gives him the freedom to speak power to truth.  “There isn’t anything you can do to me that hasn’t already been done”, Jamie tells John Grey.   I don’t think he has been afraid of anything for a very long time.  His personal losses have been too great.  Oh, he still cares about those around him, but those things that were his and his alone, “Lord that she might be safe, she and the child”…are gone.  We are about to witness the beginnings of Jamie finding his new normal, a life less than he wants, but more than he had.

The same can be said of Claire.  Her years of living a life she no longer wanted, trying and failing at her marriage, becoming a doctor, the guilt she feels about Frank, never being able to openly grieve, keeping secrets, knowing she will never again love and be loved the way she was with Jamie has taken its toll.  You can see her struggle to navigate living and interacting in a life she feels a stranger in.  She throws herself into service to others, but her heart and mind are never fully there.  A part of who she is has been cut off, deliberately.  Unlike Jamie, she does have something to live for and love, but even that relationship is strained because there is always a part of herself that she can never share. 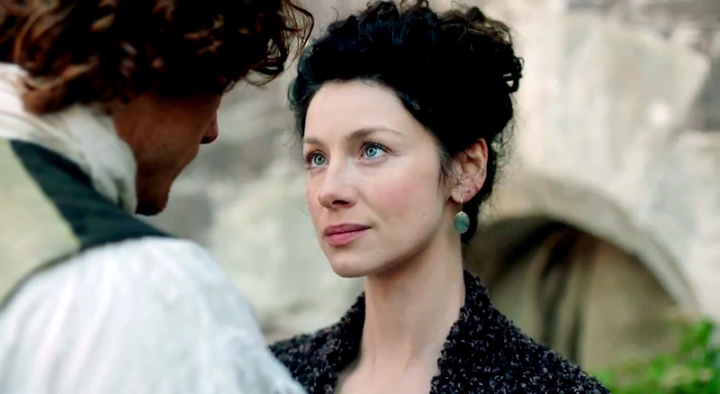 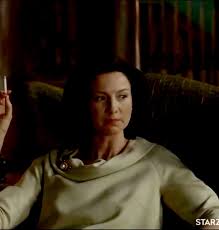 The next part of the “Voyage” back to love

Another chapter in their journey of learning to live without their hearts has come to an end.  Claire is now no longer trapped inside a marriage of convenience and Jamie is no longer behind the walls of a prison.  The next episode of Outlander, “Of Things Lost”, will give us a glimpse into the next chapter in this voyage, we will see how each learns to say goodbye and accept their new reality.  And, finally, move on to create a new life resigned to their loss. I suspect we will see each continue to think of and long for each other, but I also suspect we will see this longing change to a tempered melancholy.

Luckily for us all, a reunion of these two lost souls will happen and not a moment too soon!  I don’t think I could take much more! We will see Claire struggle even with the choice to look for Jamie, and risk getting hurt again. And, the choice to leave Bree for what she has to believe is forever?  Unfathomable.  Jamie, on the other hand, has NO idea what is about to walk through that print shop door.  The reunion will be amazing.  Our couple has longed for each other for over twenty years.  A dream is about to come true.  What once was lost has been found.  That moment when they see each other and know it to be true will be so emotional that I’m pretty sure I will sob.  I’m too invested in these characters not to.  The show and the actors have done an excellent job of letting us see how empty and lonely Jamie and Claire are without each other.  But,… the shock will fade and they will perforce begin to forge a new life together…with the people they are now.  Twenty will change a person and I’m sure they will have some struggles in getting back to the people they were when they were together and I’m thinking that will be bittersweet to watch unfold.  That they will fight for each other and fight with each other, I have no doubt.  They are soul mates, their other’s half, meant to be.  But, I’m thinking Josh Horowitz might be right, they probably really will need couples therapy!  Go ahead and click on the picture…you know you want to! 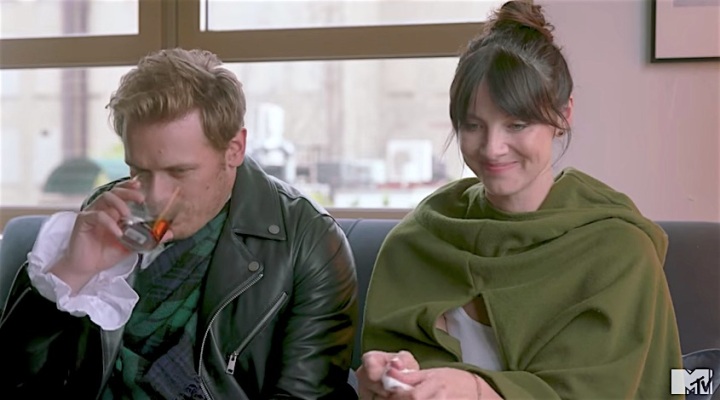 Hang on guys it’ll be worth it in the end!