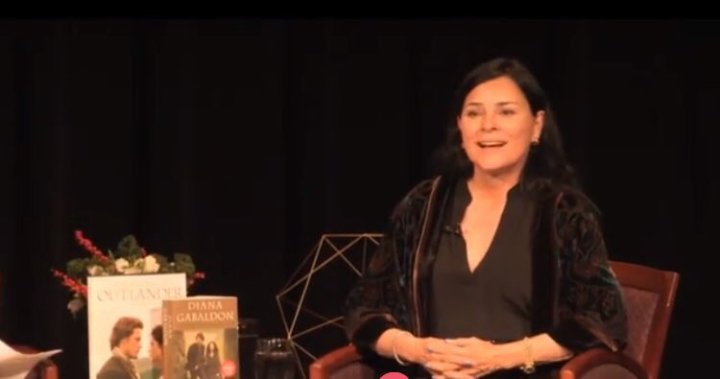 I just watched a video of Diana Gabaldon speaking at an open house for Random House Publishing.  She was her own delightful self.  I love her laugh which is what I would describe as a chuckle.  She laughs  quite often and I love that about her.  I love that she seems to find the humor in almost any situation and can laugh at life’s ironies.  I also love that she can still be touched by a readers’ expression of gratitude after twenty-eight years of adoration.  The very last question of the open house was asked by an audience member.  We never got to see her face, but the sincerity in her voice when she expressed how profoundly the books had impacted her life and lives of millions of others caused my eyes to tear because my own life has been deeply and positively impacted by Diana’s story. The fan asked Diana how it felt as an artist to know your efforts had this kind of impact.  Diana was obviously moved by the question and shared a personal story.

She said as a writer you cannot write with the intent to affect people because you don’t know if what you write will have an affect.  You can only do your best and if you are lucky you will positively affect people.  She then went on to explain a bit more about how she knew she was meant to be a writer at eight years old.  She was raised in a Catholic home and attended a Catholic school.  She said she was riding in a car with her parents and was trying on prayer talking to God when things were quiet.  She said she told him she thought that what she wanted to do was write the kind of books that lift people up and that God told her that was okay.  The audience clapped as she finished her voice quieted with emotion.

Because of my blog, I’ve been fortunate to hear many stories of how Diana’s books about a man and a woman who strive to love unconditionally and live with integrity have impacted lives.  A comment I often hear said about Outlander’s characters is they feel like family and that readers have found solace and inspiration in Jamie and Claire’s struggles and victories. From marriages, to forgiveness, to how to deal with tragedy, the story has had a profound affect on lives. Personally, I have jokingly said that Outlander has become my point of reference.  All questions can be answered with an example from Outlander!  This is one of the benefits of reading a big book with substantive plots and nuanced characters that evolve over time.  The relationships and people in her stories feel real.  So real, in fact, I’ve been accused of writing about them as if they were actual people.  I’ll own up to that accusation and add that my ability to analyze these characters is a testament to Diana’s skill as a writer.  They are as close to real people as I have ever read.  These books make me feel and think and laugh and cry, nod my head in recognition of life’s truths, and sometimes find peace escaping with Claire through the stones.

Outlander has become more than my favorite story.  It has been a catalyst in my life.  I discovered my love of writing because of Outlander.  I have new friends because of Outlander.  I have gained new experiences and taken chances that resulted in my life being enriched because of Outlander.  For instance, this week Nataly Shlenzina, who administers an Outlander fan blog and page in Russia, wrote to ask if I would wish one of their members a happy birthday.  She shared that the birthday girl is my own Russian translator.   Julia Corovina of Krasnoyarsk, Siberia translates my articles for the fans in Russia. Julia teaches at an Art College and I’m told even when she is very busy she asks that they not give my articles to anyone else because she is fond of translating them.  The fan group is called OutlanderVK  http://vk.com/outlandervk  http://vk.com  it’s a Russian social network like http://fb.com .  I am always a bit amazed when people write me about what I write!  It is very encouraging.  Like Diana has said, “that stuff is like catnip for writers!” I think I’ve gotten a small taste of what she must feel when people thank her for her writing.  It is very humbling to know people enjoy what you write. You all, I’m being translated into Russian!!!!!! 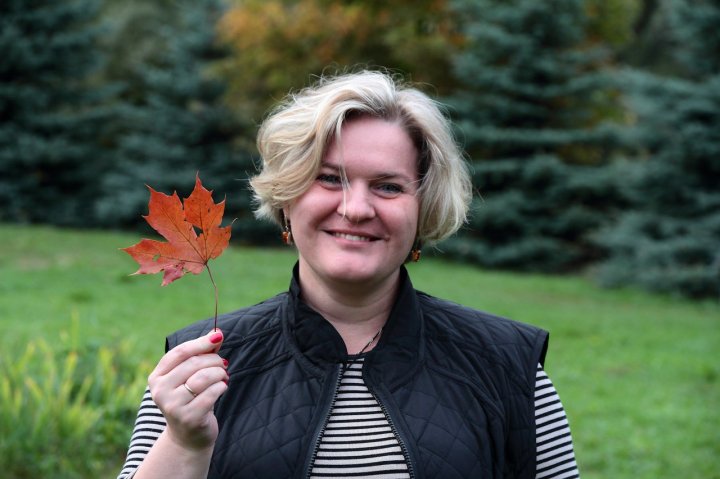 I am certainly not the only one who has been inspired to create in this fandom  I just got back from The Thru The Stone fan convention in Iowa and the creativity and love for Outlander was everywhere! I was so impressed I just had to let Diana know!

This was such a great experience that happened all because you wrote a book Diana Gabaldon!  http://wp.me/p4mtBT-5db

Diana Gabaldon The way that readers (and show fans) all find each other, and the wonderful flowerings of creativity and love that happen as a result are just amazing–and while I have no idea why this happens, I’m very grateful that it does! So pleased that you (and everyone else, by the sound of it) had a good time!

I am only too aware of who I have to thank for my blog and my discovered love of writing, Outlander and …God… for telling a little eight year old girl that her dream of being a writer was okay.

Thank you Diana for sharing your gifts with us… xoxo.