This was one of those weekends when real life interfered with my Outlander life.  Stuff happens.  Puppies jump out of granddaughters arms,

husbands go on vacation and want to spend time with you… 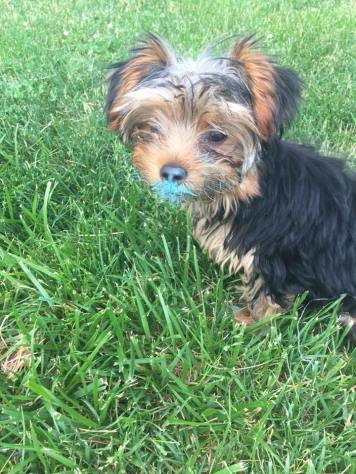 and my traditional cake made out of watermelon ( this year it had minions on it !) 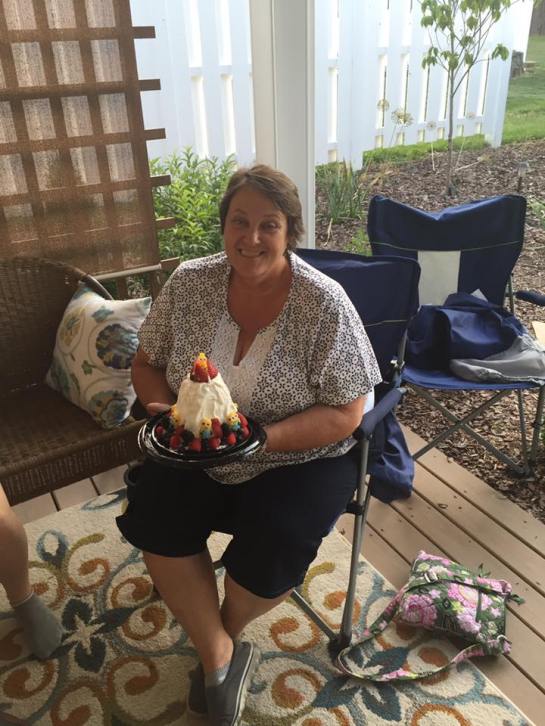 Things calmed down at about midnight last night and I was too tired to watch Outlander….shocking I know…but it happens. So, here I am Sunday morning watching and writing. 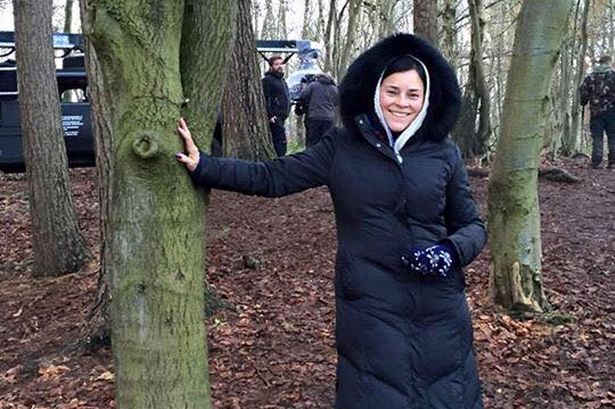 Congrats to Diana!  It was great, but I didn’t expect her to do less!  I love that I am starting to “hear” the writers voice in these episodes.  Her episode was a great example of this.  It definitely blended with the other episodes, but like the others it also had the writers’ own special touch.  Diana’s sense of humor came out to play and her love of dialogue and her genuine affection for these characters was a joy to watch. I loved seeing how she picked up the adaptation ball and played.  The book plot was condensed and altered, but very plausible and cohesive.  Jamie’s prayer over a sleeping Claire was worth the whole episode. It was over all too soon.

Last season, some where around mid point, I started to let go of my book expectations and enjoy the adaptation. I started to get it.  Matt Roberts helped me with that.  He explained that the adaptation was much like a child.  You can see the parent in its countenance, but even if the child is very much like the parent, it isn’t the parent it is its own “person”. So, I started to relax and enjoy the series for what it was.  I have found, however,that this season taught me more lessons on the nature of adaptions.  This season has taught me more about pacing and story arcs and character development.  I’ve learned that sometimes as fans, we have to wait and…trust.  There truly is a reason for the choices the writers make and they are lovingly trying to make the best show they can for book lovers and TV only audiences. They are all doing honor to Diana’s story and characters.

At times this season, my knowledge of the books continued to interfere with my enjoyment of the show and yet, at times it enhanced it.  I’m sort of ambivalent about the advantages or disadvantages. However, as time goes on, I am getting much better at separating the two and being okay if things are different.  I used to be able to speculate about what we were going to see in the next episodes.  Quite frankly, I really can’t anymore, especially not in these battles scenes.  Each week I excitedly wait to see what is going to happen to the highlanders. This is one of those times that the visual medium has definitely increased my enjoyment of the story. In fact, I’m delighted to find I’m enjoying not knowing what they are going to do. One of my favorite lines in this episode was Claire saying she was a bit short on bread crumbs. She has given herself over to the British in a self-sacrificing gesture that cements her as a Scot and the lady of Broch Tuarach. I actually felt a lump in my throat when she asked if she was not the lady and responsible for the men as well. But, it was the bread crumbs line that has stuck with me because of what it represents for the way this story has been told and particularly in this episode. I would say, ” you might be a bit short of breadcrumbs Claire, but the series isn’t”.  They have been foreshadowing and getting us ready for the end since the beginning by leaving us a trail of breadcrumbs to follow. Early in the season, I wrote about what I saw as an emerging theme for this season.

I’m beginning to suspect that this is a metaphor for the whole season.  Isn’t it always about finding your way back to each other in a marriage?   It doesn’t have to be getting carried through the stones or PTSD; it can be something as mundane as a career or as challenging as raising children that causes a couple to lose touch with each other, grow distant, and lose intimacy.  Ask any married couple if they did not struggle to maintain their identity as a couple through different phases and events in life.  It pains us to see our ideal couple estranged.  We want to luxuriate in their obvious love for one another. However, I can’t help but believe that this more realistic portrayal of a relationship makes this MORE about what the books were about, not less.

Over and over again, we are reminded that this isn’t going to end well and that Jamie and Claire will be separated.  They have also taken great pains to remind us that they always find a way back to each other. Without that reminder, I’m not sure we would make it through another Droughtlander.  This is going to be much worse than Jamie hanging out on the window-ledge.  In this particular episode, Diana and Ron let us see Jamie preparing himself for the worst, having to send Claire back.  I think that is what the watching her sleep and praying over her was about and I couldn’t help, but make connections to real-life.  I thought of soldiers, divorcing parents, or the terminally ill who know their time is limited. I pictured them staring at a child while they sleep and speaking all of their love and dreams for them and memorizing their features and burning the images into their heart.  It is what you would do if you were afraid you would soon never see a love one again. Poor Jamie this isn’t the first time he has to face this , the stones after the witch trial, Wentworth, the Abbey.  A future with Claire ever seems to be tenuous thing.  They have fought so hard to come back to each other time and time again and yet, he must feel every moment with her might be his last.

Despite his preparing himself, the episode also gave us a few glimpses into how difficult it truly will be when the moment to say goodbye comes .  Jamie certainly isn’t ready to let her go.  I felt Sam’s portrayal of Jamie giving in to Claire’s plan to give herself over to the British was that reminder. Never, he’ll never give her up. His reluctance to give her over to Dougal’s arms, his grabbing her back for a second, his struggle not to show how worried he was, were very moving and foreshadowed how devastated he will be when he does let her go.  I loved how through out the episode they showed the couple constantly coming back together physically even when they have only been apart for a short while.  I think Diana once said ,”like two halves of a clam shell coming back together”. And, Murtaugh …asking if Jamie ever counted the cost of marrying Claire?  Despite all her love has cost, he would have it no other way. Breadcrumbs.

I know there has been some grumbling about the lack of sex in this season.  Some have even suggested that they EW cover was false advertising! It was definitely a striking image, but it certainly wasn’t the “Wild Sexy World” of Outlander they were advertising.  No, instead, they gave us thought-provoking and moving scenes of a couple’s struggles to hang on to their love through some of the many things that can befall a marriage. In my opinion, brave and meaningful TV with Emmy worthy performances.  Every time, I would start to worry that maybe the series had missed the mark or changed a character or story arch too much, they would prove me wrong.  The intimacy is there. This couple has earned their relationship.  This couple is bearing their losses together and the relationship is the stronger for it.  The intimacy that will make Claire’s screams of anguish at the stones real isn’t found only in their bed, but in her soul through all their shared moments both good and bad. We got a little taste of what it will be like when they are ripped from each others arms and I dread and yet look forward to seeing how they will portray it.  My suspicion is that we haven’t seen a lot of sex because they are creating space around Jamie and Claire’s final night together.  We haven’t been given a lot of sex between the couple because they want to make those moments more meaningful and that joining poignantly special.  A night in each other’s arms to last forever….