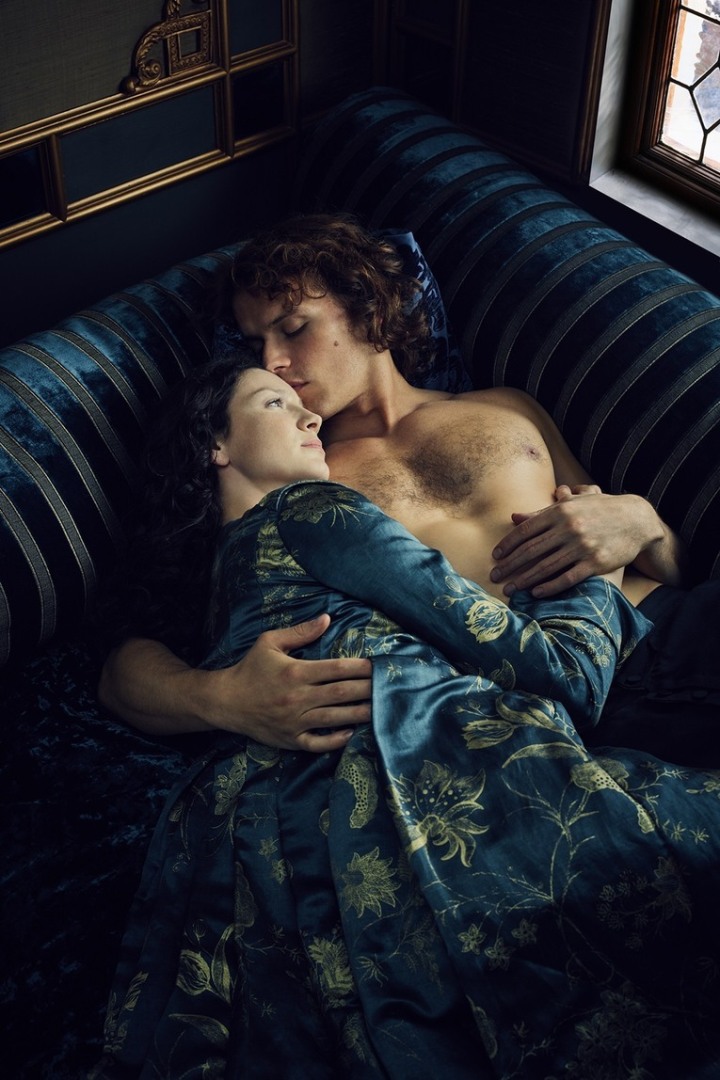 So, who the heck on the Outlander set is messing with the time continuum?  I’m convinced someone is experimenting with time travel because that was the shortest hour of television I’ve ever watched! It flew by and I found myself surprised when all too soon it was over! I believe I actually screamed NO! when the screen faded to the credits.  I have to wait a whole other week to find out what happens next? Say it isn’t so! Grief stricken, I did what any normal feeling person would do…I rewound the episode and watched again!  Whose a Time Lord Now!?! BOOM!

I  don’t do recaps.  I feel like you all watch the show if you want to know what happens next.  I don’t necessarily do reviews either.  I believe there is an element of a review when I sit down to write about an episode of Outlander, but I think what I’m really doing is …reflecting? I know what I do isn’t everyone’s cup of tea and after this week, I’m okay with that.

I’m big at making connections.  I tend to make meaning between loosely related ideas or disparate events.  A friend told me that I see a thread and pull on it until the whole thing unravels.  I like that image.  It rings true to me.  Somehow, in the process of unraveling, I make meaning and then reassemble the whole thing using a story to tell a story. That is what happened this week when I sat down to write about Outlander 2.3, “Deceptions and Useful Occupations”.   I saw a thread and pulled; Icebergs, Prince, Outlander.  Not sure you could get more disparate.  But, here I go.

There is a phenomenon called the teacher job satisfaction curve. Teaching is a profession for idealists. Teachers want to believe that we touch the future by teaching children. We are life-long learners who constantly hone our craft in an effort to engage our students in learning in the hopes of creating a spark that will make them want to learn more!  We start out every school year excited to get into that classroom and make a difference in children’s lives.  We envision students who will arrive in our classroom ready to  learn! Students who have loads of untapped potential, who are just waiting for us to inspire them!

Yep,…reality…not so much …sometime right before Christmas break you start counting the days before retirement.  The enormity of the task you have taken on becomes crushingly obvious.  There are so many variables you are unable to control.  Not all students are ready to learn or even want to learn. If I heard, “but, we’re Seniors!” one more time, I seriously thought my head would explode!  However, the disillusionment we all feel in December begins to fade and you start to feel hopeful once again.  After all, there is always next year and so, I begin to reflect on the current year and how I will make changes and hone my skills to inspire students next year, … for sure!

During this period of reflection (at my desk at the end of 4th period), I had a particularly puzzling student approach me with a friend to ask my advice.  Without giving away too much, I doubt she will ever see this, but still, there were things happening in her life that would have made it difficult for anyone to concentrate on “The Importance of Being Ernest” or “The Canterbury Tales“.  I hope my advice did help because often I feel helpless to affect change in their lives, but her asking me reaffirmed that even when we don’t think we are making a difference…sometimes, we are.

Thinking of what this girl projected on the surface made me think of icebergs.  And, I was reminded once again to look at my students a little deeper. That behavior that drives me insane may have very deep roots and the anger or apathy they display may have nothing to do with my request that they pay attention or stop talking and everything to do with how they are trying to deal with what is happening inside themselves. 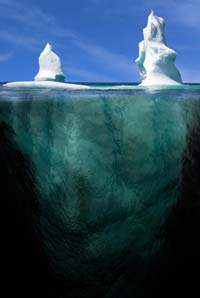 This week also brought news of the death of the artist Prince.  An outpouring of grief and love for this man was found all over the news, social media, and the streets, even here in Ohio. 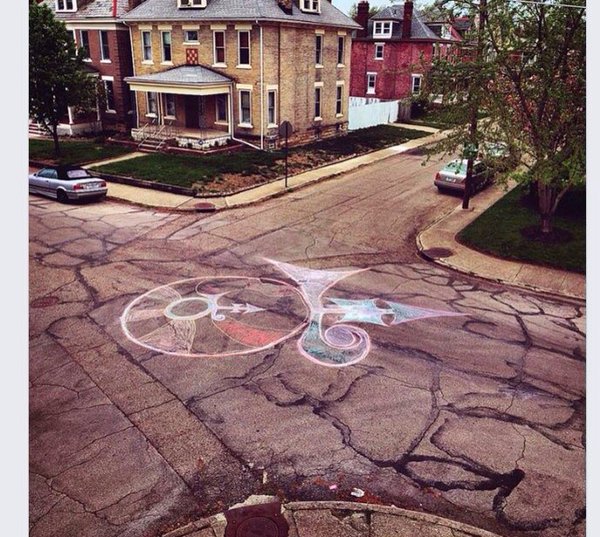 Many of us became reflective.  We asked ourselves what this man’s life had meant to us, including Terry Dresbach, costume designer for Outlander.

…not only is he an incredible artist, he is a man of principal and ethics, he is fiercely independent, he is going to do things his own way. He is not going to bend to the commercial interests of corporations. He is going to control his own art. He may be as famous for his willingness to go to the mat for his work. Famously giving up his own NAME rather than control of his music, scrawling SLAVE on his face for public appearances. He refused to give up in the face of the corporatization of the music industry, fighting to the end for the rights of the artists…

So what did he mean to me?

Who am I? I am an artist, first and foremost. I am a product of my time and place. I am part of a generation,…

…As the child of union organizers and political activists, I struggle every day as an artist in a corporate world I struggle as a human in a human world. Ron constantly asks me if I could not make everything into one of my “social justice” issues. No, actually, I can’t. I will always struggle against the tide that says we all need to be managed and formed to a polished symmetry that never colors outside the lines. Whose voices and very existence, should be managed and tailored to fit into an expectation. Group think…

Well that ain’t gonna happen. I am going to continue to be me. I’m going to throw elbows at anything or anyone that tries to control me as an artist. I am not going to hire anyone to manage me or my voice. I am going to fight hard against anything like that, big or small. And I am going to play Prince as loud as I can while doing it.    http://www.terrydresbach.com/when-doves-cry/

I was very moved by her self-examination.  This world can put so many pressures on us to conform.  Sometimes, conformity is the right thing to do, but sometimes it isn’t.  It isn’t the right thing to do when you find yourself acting in ways that are untrue to your own ethics and beliefs.  It isn’t the right thing to do when you feel compelled to dim your light, so that others won’t be seen as lacking brilliance.  Attempts to hide your true self never end well.  I’m convinced that many of the world’s angry and depressed people are those who have for whatever reason not allowed themselves to be themselves.  People always come out sideways when they feel suppressed and managed.  Like Terry, I believe the only way to live authentically is to make conscious choices that are true to who you are and not what others expect you to be. 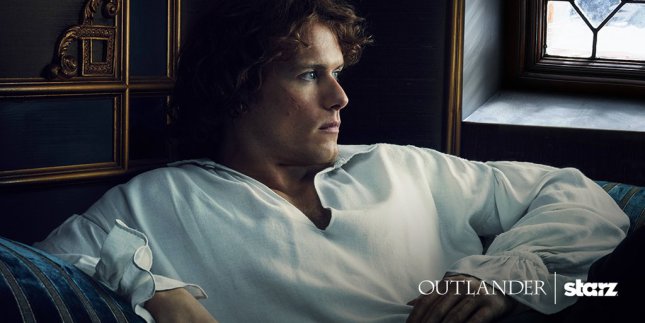 So, ….that was a long way to get here.  The fact that I CAN apply lessons about life to this story makes me happy.  I am proud that there is a TV show on the air that isn’t afraid to show characters who grapple with moral and ethical choices, characters who struggle to do the right thing and still be true to themselves.

I will defend the writers and producers’ choice to let us see Claire and Jamie struggle to find their way back to themselves and each other to anyone who feels that this weakens their character.  The characters, the story, and therefore, the show are the better for it.  I have said it before and will say it again, it is a mistaken belief that because Jamie is strong and brave he would suddenly be able to pull himself up by the bootstraps and snap out of what he experienced.  In the book, what Claire did in the abbey was a desperate attempt at what we would now call aversion therapy.  She exposed him to what he feared and allowed him to fight back like he couldn’t before.  That would have been very difficult to reproduce in a visual format.  In fact, it took me several readings to truly understand what she did. Like most victims of such violence, TV Jamie has to figure out how to live without such a dramatic intervention and as a result, the Jamie we see on the show is… an iceberg. 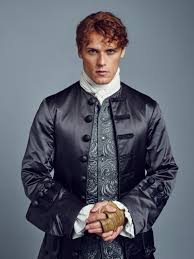 Dressed in sumptuous silk, smiling, going about his work, plotting  to stop the Jacobite rebellion is the top 1/4 of Jamie.  It is the part the world sees. The part we don’t see is powerfully large.  That Jamie we knew was destroyed “he broke me, I knew it, we both did”.   It is no wonder that he isn’t the Jamie we all know him to be. He is a shadow of the man he was.

Claire struggles to help him.  She tiptoes on egg shells.  Anyone who has lived with a spouse with PTSD could confirm that their loved one is altered and that they struggle to have any intimacy/closeness.  Jamie’s identity has been shaken to the core. He cannot get “him” out of his mind. Add to this struggle playing a role, being deceptive; something that goes against everything Jamie believes himself to be and you have a formula for an explosive situation.  Jamie is coming out sideways, “When do I get to feel good, when do I get to have meaning in my day?”  It isn’t that he doesn’t want Claire to be happy.  He does, but he isn’t himself. 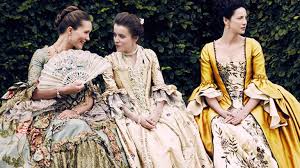 I love how they chose to juxtaposition Claire’s struggles with her own identify and secrets with Jamie’s.  She isn’t herself either. It is so complicated.  They are both living a lie and trying to find themselves again.  No one is going to be happy until they can.

I loved the filmed metaphor of Jamie walking down the hall and Claire following him. Every time she gets a glimpse of Jamie (and we do too, glimpses of the old Jamie) he walks behind a wall. Yet, she still follows and keeps trying.  I predict the pay-off for our patience and Claire’s will be some of the most moving television ever filmed.  It is going to get worse before it gets better, but when it gets better we will have a couple whose journey will form a bond unbreakable …even by time. 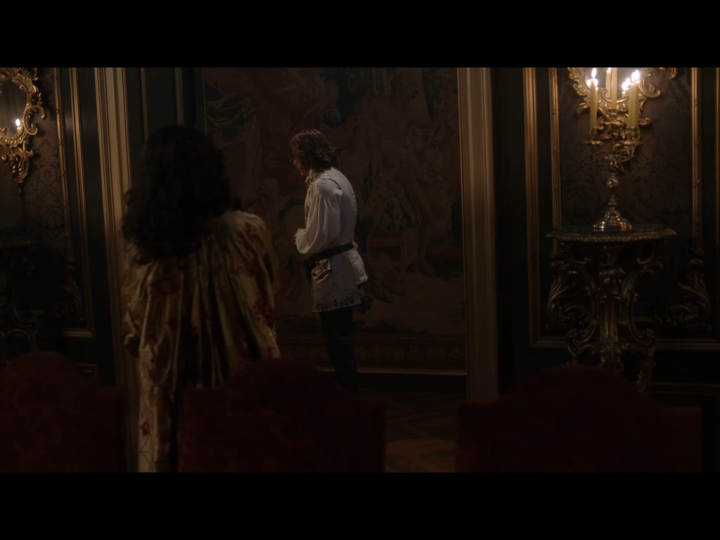 48 thoughts on “Icebergs, Prince, and Outlander…My reflection on episode 2.3”