My repost because we are into awards season and I am so happy that more people might be exposed to the wonderfulness that is Outlander !  And, it’s all because Starz thought outside the cable box!

If you have been following my blog for awhile then you know that I am predominantly positive and stay away from arguing about every little thing. Hopefully, that makes the times I do have a bone to pick hold more weight.  I want to make sure Starz and my readers understand that I know where my bread is buttered!  For God’s sake…they are actually bringing my favorite book series to life!  I’m well aware that this wasn’t done without foresight and risk.

So,…now, here is why I’m  grateful to STARZ!

They picked Outlander, they could have picked a show to produce with male-centric themes and familiar plots.  Instead, they chose to tell a different kind of story.  A story that was genre-bending and complex with a female protagonist. They had the foresight to see not only the possibility that a book series could be made into a successful TV series (we do need to thank GOT for opening the door), but recognized that there was already a ready-made audience for Outlander.  Legions of us had been waiting for years for someone to see that our beloved story of Claire and her Jamie needed to be told.  Kudos to Chris Albrecht, CEO of Starz for knowing a good thing when he saw it.

“Diana has created an incredibly compelling heroine, thrust into a very complex world, not to mention, time.  The books weave a fascinating tapestry of history, spirituality, love and honor, not to mention plenty of time travel, sex and warfare.  With Diana’s stories guiding us and Ron’s mastery, we hope to bring Claire and Jamie to life for the millions of fans the world over.” Chris Albrecht, CEO Starz

Ever try to tell someone what Outlander is about?  I know I end up saying things like, “Trust me it’s so much better than it sounds.”  I would have loved to have been a fly on the wall when Tall Ship Productions pitched the show.  What did they say?!  LOL!   Whatever they said worked because the powers that be saw the potential.  Potential is one thing, but the commitment to make it work is an endeavor I’m only now starting to truly appreciate.  This was no small commitment; it was a calculated risk.  And, even though it’s big business and that’s what folks get paid the big money for, programming geared toward a female audience wasn’t exactly a sure bet.

In fact, everything about Outlander seems to fly in the face of what we all had been led to believe was a formula for successful TV. Not only did it have a female protagonist, it was a story that needed some set-up, so it’s pacing is slower, it’s a historical period piece, and even though there is adventure and violence and sex, people really do have to listen and watch to understand what is going on.  The People’s Choice Awards label it as a science fiction show and parts are fantastical in nature, but as Ron once said in order to make people care about the story , “We have to make you believe this really happened to this woman.” Realistic fantasy, historical accuracy, a love story with a time-travel twist, castles, horses, and…. yep, risky.

Despite all the possible red flags that folks could have used to predict failure, they went with it and this fan is sooooo grateful they did.

“If you can get in business on a great book series where you’ve got a presold audience and there are storylines that have been worked out by an author that have had the test not just of time but of an audience having to read and accept it, then that’s a pretty good template for a television series,”  Starz CEO Chris Albrecht.

ALLOWING RON MOORE TO TELL A STORY THE FANS WANT

We have all heard the story.  Ron Moore was having dinner with his wife Terry Dresbach and Executive Producer Maril Davis and they were discussing possible new projects.  Somehow, Outlander slipped into the conversation and the two women discovered it was each other’s favorite book and the next thing Ron knows he is reading our big novel. Diana Gabaldon’s story of a fiesty WWII nurse who finds her self navigating the impossible had found a new fan, a male one.

“There’s violence and conflict told through the contemporary character of Claire and her view of the past,” he says. “I run into a lot of people who say, ‘My wife introduced me to this book, and I love it.’ I have yet to meet a man who has read it who hasn’t fallen for it. It’s a page turner.” Ronald D. Moore

Both Ron and Diana, who consults on the show (and as of this writing is currently filming the script she wrote, woohoo!) have taken pains to make sure we know this is an adaptation and some things will have to change for a visual medium, but they are committed to making a story as true to the books as they can and one that the fans will like.  According to Moore, this is one more thing we have to thank Starz for, one more thing they did right.

“One of the very first notes that [Starz CEO] Chris Albrecht told me was to trust the book. He said, “We love the book. Make the show for the fans of the book and believe that anyone who doesn’t know this material, when they see it, they’ll be swept into the story like everyone else is. “I was really taken aback because nobody says that in this town. Generally, people [option] books and say, “We bought it for the cover, do what you want and nobody really cares.” Starz had integrity.

Of course, we have all also heard Ron say that he really has only one true mandate, “Not to mess up my wife’s favorite book!”  And despite what we think they should have left in or out, most fans would agree that it is a novel and entertaining version of our story that as Diana Gabaldon has said is “recognizably Outlander”.

PUTTING THEIR MONEY WHERE THEIR MOUTH IS

Once they made the commitment Starz gave the showrunner what he needed to make Outlander the quality show that it is. They gave him 16 episodes to tell the first book. Personally, to me this move speaks more to their commitment to the show’s success than anything else they have done.  If you have dreams of seeing the other eight novels turned into shows you needed to give this first book time to develop the characters and give the plot a strong foundation to build upon. 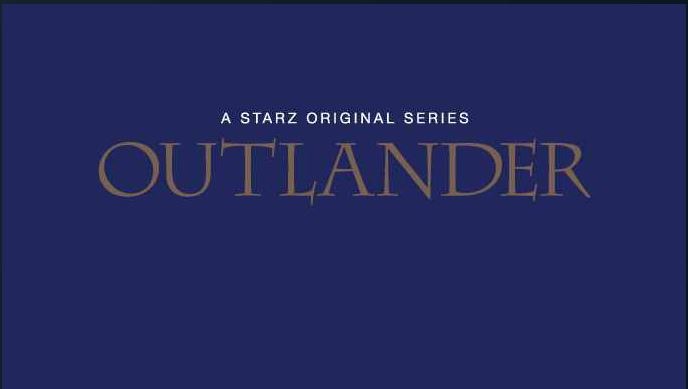 They put their money where their mouth is.  This isn’t some low-budget operation.  Do you know why there have been so few period pieces pre-GOT? Because they are damn expensive!  Moore and company had to create the foreign worlds of the 1940’s and 1740’s Scotland in modern-day Scotland. No small undertaking. The result of their investment is a beautifully filmed, produced, directed, and acted production that the fans and Starz can be proud of.

I’m happy to say that I think their risk and investment are paying off because they believed that a female centered show marketed to women can succeed despite pre-premier nay-saying by entertainment pundits.  The premiere episode saw huge viewership of 5 million across all platforms. And surprise, surprise men watched!  (we made sure our guys were on the couch right beside us!) The viewership among men and women was equal!  This bonus was definitely something the critics didn’t predict!  One of my greatest joys as a fan of the series was to watch the critics being surprised and won over by a story about a woman who was neither a sex object nor a stereotype, but a brave heroic complex and kind woman with integrity.  They allowed the world to see the woman we book fans admired and loved in all her “frustratingly principled” glory.  She is the type of woman rarely seen portrayed on TV.  They never knew what hit’em!  And,  it was because Starz executives were brave enough to think outside the gender box.  As a result, Outlander’s success helped Starz make huge gains in cable box office standings.

If the increase in my readership is any indication, next season’s viewership will push them even further up the cable ladder.  Because, just as Chris Albrecht predicted, we are a dedicated bunch of fans that make a social media army that is pretty hard to defeat (can anyone say vote) and we love to spread the gospel that is Outlander on Starz.

” A rapt audience is ‘the best marketing and
promotional arm you could have.’ – Chris Albrecht,
CEO, Starz

Chris has said that he can see Outlander going on for a long long time.  I sure hope so because the best is yet to come and I want to be be there with a few 100 thousand of my best friends and ‘fanmily” to watch and talk about it all!